When the classic baseline of Luniz’s, “I Got 5 On It” dips from its g-funk beat to a haunting four string chord, you realize things are going to be different here.  In “US,” Jordan Peele’s sophomore follow-up to 2017’s Academy Award winning, “Get Out,” he pushes further into psychological horror.  A family on vacation gets ambushed by their own doppelgänger, clad in red jumpsuits and armed with shears for weapons.

But there’s so much more to Peele’s vision than just the terrifying story he’s compiled. Peele makes sure to impress upon some aspect of our current social structure through creative means of terror. With “Get Out”, it was race,  with “Us”, it’s about class. 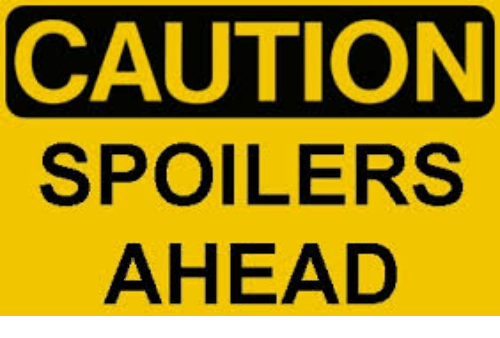 The “Tethered” as they’re called, are a failed government experiment. Clones, forever attached to their upper class counterparts. In this sense alone, Peele creates an allegory to class structures. The poor living on the bottom, experiencing pain, frustration, starvation, etc. while their privileged counterparts living above receive wealth, happiness, luxury.  This could be attributed to any product of the downtrodden: whether you are poor, a minority, or an immigrant. But I think Peele’s most definitive target is the homeless.

Peele references, more than once, the 1986 charity event, Hands Across America.  Ultimately an unsuccessful political stunt that was supposed to raise money for the homeless, by having people all around the country join hands and donate. And the fact that after 30+ years, we still have a homeless epidemic in this country.  The tethered could be a direct metaphor for the forgotten men and women of our country, whom left without warmth, food or comfort have gone mad to the point where they’re intelligible and incoherent. Further evidenced by the fact that none of the tethered actually spoke because they’d never been taught a language.

Peele’s film is so layered that the first viewing may leave you with more questions than answers, but by the time the major twist is revealed, suddenly the second viewing brings about all the things you didn’t notice before. Like the video tapes next to the TV in the opening shot which, if you’ve seen them, give you a clear idea of where the film is headed.  You see VHS’s for “The Man With Two Brains”, “C.H.U.D”, and “The Goonies.” Or the ubiquitous references to 11:11.  It’s a time of night, a score on a baseball game, and a threatening bible verse:

11 Therefore thus saith the Lord, Behold, I will bring evil upon them, which they shall not be able to escape; and though they shall cry unto me, I will not hearken unto them.(KJV)

But what makes “US” such a unique spectacle is that there is always more to unravel in it after repeated viewings.  You’ll start to pick up all the subtle clues Jordan Peele threw in to distract and psych out his audience.  It’s done expertly well, and frighteningly so.  But best of all has to be Lupita N’yongo’s performance as both Adelaide and Red – the leader of the Tethered. 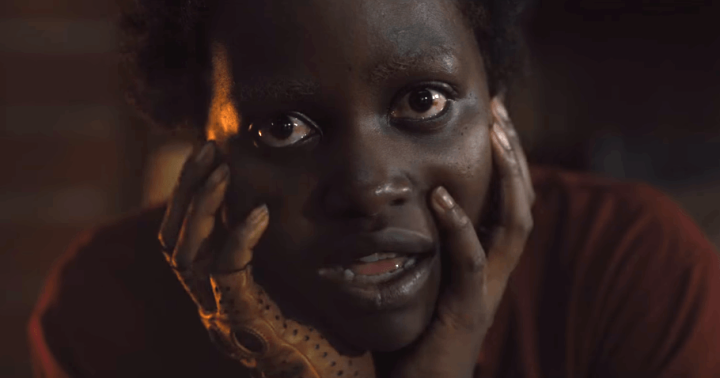 The first time you hear Red’s initial monologue, it may seem just like any other introduction until you revisit it. Upon second viewing, her introduction takes on a new, darker meaning and allows for symapthy and pain in that character. Lupita completely knocks it out the park with the two vastly different characters. One who is filled with hatred and rage for losing her livelihood and one who goes from loving mother to selfish sociopath in a matter of seconds.

Jordan Peele’s movie isn’t about jump scares, or heightened chords to frighten you.  It’s about looking within at the monsters we’ve created in ourselves, see them for what they are, and accept them. And that might possibly be even more terrifying.

One thought on “Jordan Peele’s “US”: A Thinking Man’s Horror Movie”