Tarantino has a die-hard cult following that loves the innovative storytelling he delivers. Whether it’s telling a story out of order, or a long intense one shot of a girl on the roof of a moving vehicle, or hysterical long winded dialogue between characters, Tarantino is a master storyteller. And his latest effort, “Once Upon A Time in Hollywood” fits in just fine among its classic counterparts.

The famous director has forayed into revisionist history before with 2009’s “Inglorious Basterds” and 2012’s “Django Unchained”, but “Once Upon” tackles a more intimate subject matter: the Manson murders that ended the life of Hollywood starlet Sharon Tate. And knowing this going in means every scene she’s in makes you just a wee-bit nervous. Tarantino knows this and uses it to his advantage. The movie clocks in at a heavy 2 hours and 45 minutes which probably (definitely) could’ve been cut down, but the film builds up the tension to it’s fulfilling climax in epic fashion.

Much of the film focuses on the relationship between dwindling movie star Rick Dalton, played by one of the greatest living actors today, Leonardo DiCaprio, and his stunt double Cliff Booth played by a top-of-his-game Brad Pitt. Because Tarantino knows you’re itching to know more about Manson and his cult or about Sharon Tate and what might’ve led to her tragic circumstances, both subjects aren’t even broached for the entire film. Instead, he regales us with what life was like in the last years of the Golden Age of Hollywood. It’s spaghetti westerns and cigarettes galore!

Tarantino goes so far as to physically transform the streets of L.A to look like 1969 Hollywood and is not afraid to show his work as he features a montage of nightclubs, restaurants, and dives that existed back in the day. A production budget well spent.

Although, if you happen to have been born in the age of the smartphone, there are some moments in the film that are so dated, they come across as sort of a ‘you had to be there’ moments to understand. I’m sure there’s a dedicated film student somewhere researching every reference in the film for their thesis. (God speed young filmmaker!)

…when it comes to Quentin Tarantino, you go to see what crazy thing he’s going to do next.

The story between the two friends is the heart of the film. They’ve worked together for years, but Cliff has been reduced to Rick’s driver since he messed up on the set of The Green Hornet fighting with Bruce Lee (played by Mike Moh) – easily one of the funniest scenes in the movie that features both Zoe Bell and Kurt Russell. Quentin leaves an open question in this scene as to whether or not Cliff killed his wife. It’s never revisited but it certainly seems like something he’s capable of by the end of the movie. The film plays like a huge diversion leading up to the ultimate payoff and it succeeds in that. Everything is storytelling and scenery for 2 hours and 20 minutes, and then the last 20 minutes are some of the best time you’ll have in cinema. It’s as if a really good comedian led with a joke at the start of a show and didn’t come back to it until the very end and it lands big time. 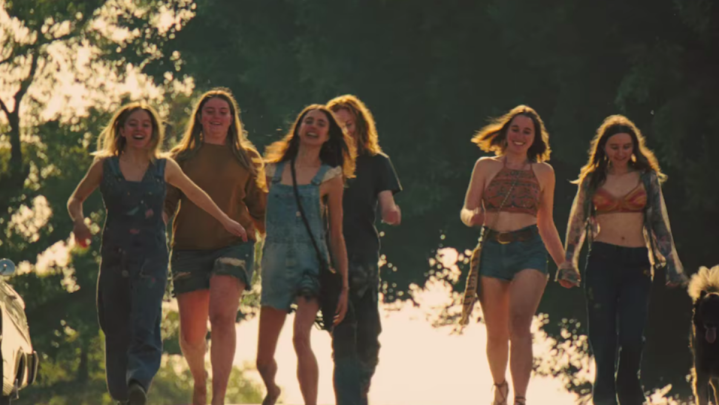 In Tarantino’s 9th, he puts his best foot forward and sticks the landing. My biggest complaint is that Russell doesn’t reprise his role as Stuntman Mike from 2007’s “Death Proof” and the length of the film is noticeably longer than it needs to be. But don’t let that take anything away from Tarantino’s skill. He’s put together a film that is as much an ode to Sharon Tate as it is to classic cinema, and there’s always the completely unnecessary stuff in there that seems to accompany every Tarantino film and his fan base will chew it up good.

So 9 down, Will there really only be one more to go for the cult-favorite director? We’re not sure, but we do know once we see “The 10th film from Quentin Tarantino,” our butts are already in the theater.