What a time they were.

Seems so very long ago, and it was, almost 30 years. But anyone who lived through it remembers a time when every genre of music could run the gamut at any given time through MTV, BET and VH1. It was a time where cable was a necessity. When it seemed like you couldn’t get kids or adults to pull away from the “idiot box” because everything was so damn entertaining from soap operas to music videos to cartoons and Original Lifetime movies.

I don’t want you to think the 90’s were absolutely perfect, they also contributed to the rise of Trash TV with shows like Jerry Springer and Judge Judy. But it’s gems are noticeable and deeply missed. And it’s no secret nostalgia plays well to a big audience these days, so we decided to look back and revisit some classic TV to see which shows could benefit from a reboot. To be fair, we didn’t include shows that have already been rebooted or on their way to reboot city. (We’re looking at you Saved By The Bell) Here’s a few we think might’ve slipped out of everyone’s minds and deserves a second chance to shine. 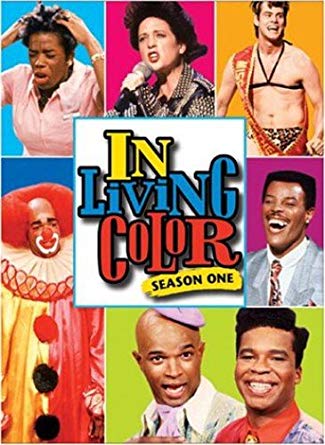 Today Saturday Night Live reigns supreme when it comes to sketch comedy shows, but back in the day, they had serious competition coming from (of all places) The Wayans Family. It was a mostly black cast (save for Jim Carrey and Kellie Coffield) and some of the funniest comedians in the world. When you look over their lineup, it’s an impressive bunch from Damon Wayans, David Allen Grier, Tommy Davidson, and many more. Their certainly isn’t a shortage of comedians who could benefit from a revamp of this beloved and seminal sketch show. Although there’s a lot more competition nowadays with SNL still on top and A Black Lady Sketch Show which is easily gaining popularity. People have been pushing for the show to come back for so long that the fact that it hasn’t has us thinking it’s a downright C-O-N…spiracy.

#9 – The Secret World of Alex Mack

A fairly unknown show unless you were a die-hard Nickelodeon watcher in the mid-90’s. The story of an average girl who gets dumped with toxic chemicals and gets some super cool powers like telekinesis and being able to transform into a talking puddle. It was Larisa Oleynik’s debut role and she crushed as the title character. Playing her with charm, naivete and pure fun. Unfortunately, she has comfortably aged out of the role, unless you want to do it as adult Alex who’s kid inherits her powers and then some. The possibilities are endless. Someone should write this stuff down!

A sharp-witted late night cartoon aimed at making fun of the life of a film critic. It was a charming show that dealt with depression, therapy and a love of cinema or perhaps a sick joy in trashing a filmmaker’s work that was either beneath a certain IQ level or too auteur for it’s own good. If you could get Jon Lovitz to revitalize this character, it would make a great 2 minute teaser in theaters before a movie starts as a way to make you settle in and have a laugh before you buckle in for another caped crusader knuckle-punch of a film directed by a guy you didn’t know was famous.

This show simply did not get the love it deserved during it’s run on Nickelodeon. Mainly because it was poorly casted and acted. But the book series it’s based on is genuinely a good one. An alien crashes on earth and bestows a power among 5 teenagers to transform into any animal they choose. Yes, the premise is a little cheesy but who wouldn’t want that ability? To be able to run as fast as a cheetah, be as ferocious as a lion, or Fly like an eagle? (I heard you sing that out loud by the way.) Seriously though, strong casting, the right place to showcase it (I’m looking at you, Netflix), and boom, we’re back in business. And maybe don’t draw directly from the books this time, bring it up a notch. I mean, it is 2019.

There simply is not enough talk about how good of a show Living Single was. First off, let’s just say that shows that feature 4 women in one house have always been a success. Check the track record: Girlfriends, The Golden Girls, Hot in Cleveland, Designing Women. It’s a winning formula that has continued to be duplicated. But while Living Single was unique for it’s time. One of the few shows to feature prominent successful black women. It would be best served today as more of a film rather than a series. It’d be nice to catch up with the original cast and see what life is like for them now. Are they still chasing their dreams? Did their relationships work out? Who did they vote for? So many questions that need answers. And truthfully, it would be worth it just to have Queen Latifah remix that catchy-ass theme song. 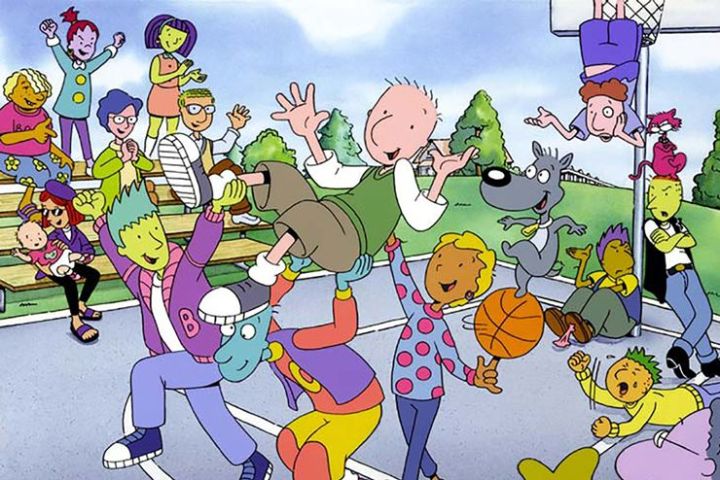 One of the classic tropes of 90’s television was this single-person perspective storyline. We followed one character through their day-to-day life as they grew up. Nickelodeon was famous for this kind of storytelling and many of their shows followed it’s format from Clarissa Explains It All to The Mystery Files of Shelby Woo all the way up to Harriet the Spy, but none more interesting than Doug. Doug was 12 and 1/2 years old, entering middle school. He’d become best friends with a blue boy named Skeeter, dealt with bullying from a green kid named Roger and was madly in love with a black girl named Patty Mayonnaise. (I’m not kidding, that was her name.) Through all this Doug wrote in his journal. He would detail the happenings of his day. Doug was an icon for introverts. Those who lived in their imaginations a lot. The show wanted to continue Doug’s story into high school, but felt the show couldn’t maintain the same level of innocence. Doug lasted 7 seasons and was one of the first Nickelodeon cartoons to have a major film release. It’s time Doug returned to the big screen for Doug’s 2nd movie at least to formally say goodbye to an iconic character.

It’s no question the first 7-season run of The West Wing was historic. Since then several political dramas have infiltrated our screens from Madame Secretary to House of Cards, but bear with me here when I say this: I don’t want the original cast back for a reboot. Wait, wait…just let me explain. I think it’s fair to say their work is done and now it’s time for a new presidential administration to take over. It’d be great if we could see cameos from the original cast. Hell, we wouldn’t mind that at all if you could get Allison Janney to be a recurring character either, but it’s time to spruce it up a little. First off, it should be a black president at the helm. It would be interesting to draw off the time of the Obama administration, and I’m sure they have plenty of interesting stories that would make compelling television. In fact, they have their own production company now, so what’s the hold up?

#3 – Captain Planet and the Planeteers

It might be the case that your childhood was seriously lacking if you did not catch an episode of Captain Planet and the Planeteers. As we are facing a climate crisis in the coming years, there is no show more deserving of a comeback to teach us the lessons of preservation, recycling and being a good global citizen. There have been fan attempts to reboot the series to a more modern time but I actually don’t think it needs to be done that way. It’s one of the few shows that could keep it’s original animation and still be relevant. In recent years, cartoons have gotten raunchier and more violent, leaving important messages to the wayside. A rebooted Captain Planet could be (pardon the pun) a breath of fresh air for animated series. After all, THE POWER…IS YOURS!

If we can revamp kid shows, cartoons, and political dramas, the horror fans get to have a place at the reboot table as well. It’s hard to forget the maniacal laugh of the Crypt Keeper or the haunting score as we enter the gates of the castle.

There are many different ways to do horror: psychological, slasher, jump scares, etc. But Tales was just downright creepy and utilized what can only be described as a much forgotten tool of horror movies, which is prosthetic makeup. Nothing is creepier than someone leering close to you as their face begins to fall apart. 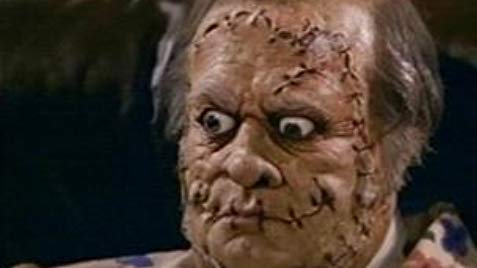 But more importantly were the stories. It was Twilight Zone-style storytelling with a bit more of an adult theme. The kind of things that kids were afraid of because they didn’t understand it, and adults were afraid of because they did. There have been several attempts to reboot the show, albeit without it’s central character in the Crypt Keeper, and that simply won’t do. Without the Keeper, the Tales cannot be the same. And we want them to be just as creepy, just as gross, just as violent, but we’re also gonna need that laugh.

And the number one awesome 90’s show that deserves a comeback is….

…But first, some honorable mentions:

Are You Afraid of the Dark?

Yes, at long last, it is time to bring back Daria Morgendorfer. She was a random character on MTV’s most popular show Beavis and Butthead, whose spin-off was similarly successful. Daria was a dry-humored, sharp-witted teenager who was sometimes too smart for her own good. She navigated the treacherous waters of Lawndale High while dealing with the tyrannical principle Ms. Li, an over-worked and uneven tempered teacher, Mr. Demartino, not to mention a self-absorbed younger sister who was a member of the Fashion Club, which was an early version of  Mean Girls. Daria’s dry wit and pithy comebacks made the show a powerhouse, but it was also her journey dealing with relationships, jobs, and a life that could very well begin and end in Lawndale. For her sister Quinn, being the Vice President of the Fashion Club could be the height of her life, while Daria definitely dreamed of bigger. We want to know if she ever achieved it or at least what the next phase of her life was like. Yeah, high school’s a pain in the butt, but it’s not like college is an easy ride either. It would be a joy to see if her cynicism held up against frat parties, sorority sisters, and the sheer injustice of college athletic programs. For a show where there is still so much material to explore, it’s time it gets the revival its fans have been begging for. And if not, can we at least get a Sick, Sad World spin-off?

Know of any other 90’s shows that deserve a comeback?