We’ve reached the end of a decade, and what a significant one it was. In this time we’ve seen the Marvel Cinematic Universe grow into the titans of industry while we’ve also seen the rise of Netflix and its impressive slate of original content. But as we reminisce over the past ten years, it was time to do the hard work: Look over the past ten years and find the best 10 movies that could sum up how incredible of a decade it has been.

This was by no means an easy task. We toiled through Animated films, Documentaries, Blockbusters, and independents, but alas, we gathered up ten films (and a bunch of honorable mentions) to deliver the “definitive” Top 10 Films of the 2010’s Decade.

So buckle up as we’re about to travel through time and revisit some of the most daring, iconic, original, and impressive films of the past ten years. Here we go:

Starring Viola Davis, Octavia Spencer and Emma Stone, this film delved into the lives of the black maids who cared for white children during the Jim Crow era. The film tackles racism, parenting, and class inequality in the most brazen of ways, and features one of the most iconic scenes in film history.

Honorable Mentions from 2011 – Moneyball, The Descendants 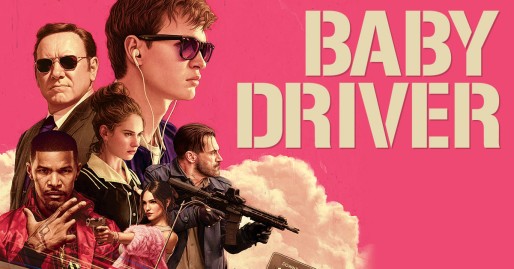 Baby Driver is just damn entertaining. Car chases, shootouts, and bank robberies…all set to an iconic soundtrack. The film is full of bursts of intensity and adrenaline, enough to make you feel like you’re behind the wheel yourself. Its a movie that set a tone and a standard, and there hasn’t been anything like it before it or after it, and there probably shouldn’t ever be.

Honorable Mentions from 2017 – Lady Bird, Coco, Call Me By Your Name, The Florida Project

Jordan Peele’s horror debut shocked the world, not just because it was coming from a guy who primarily did comedy, but because it was also so very good. A film about body snatchers cloaked in a racial commentary was both frightening and original. Peele delved into deep-seeded racial prejudices and used them to terrify and enlighten. It may be the most iconic horror movie of the decade.

All someone has to say is Toy Story 3, and I’m liable to start crying. It gave us the most fitting ending to our childhoods as we said goodbye to characters we had fallen in love with back in 1995. It was an emotional gut punch that we weren’t really expecting, even though we should cause Pixar is very good when it comes to messing with our emotions. As the perfect wrap up to a beloved franchise, it is truly deserving of its place on our list.

You didn’t know you needed a Mr. Rogers documentary in your life, but aren’t you so glad you got one? Won’t You Be My Neighbor is a true giant in documentary filmmaking, which is usually focused on exposing hardships or ugly truths in foreign countries or in government, but this one was used to show everyone the true nature of a beloved television icon, who for 40 years dedicated himself to the betterment of children. His message was kindness, honesty, and love. This film will warm your heart in ways you didn’t know was possible.

2019 may be the best year of film this decade and it produced some absolutely marvelous filmmaking. The one not lost on me is Parasite. Bong Joon-Ho’s ethereal, captivating drama that explores family dynamics, grifting, and the devastating effects of class structures in capitalist society. Parasite is beautifully shot, and one of the most crowd pleasing foreign language films of the year. What Joon-Ho does is tremendous here as he reflects society back at us in painfully obvious ways from the love-obsessed teen daughter to the autistic little brother and their wealthy parents, and what happens when you bring a parasite (or four) into their home. 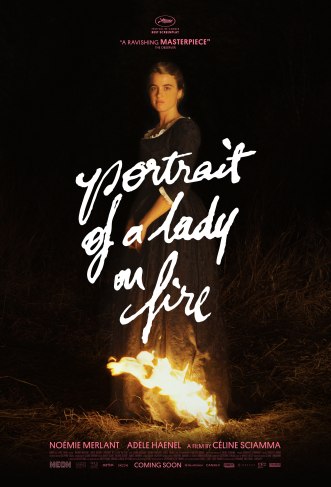 Like I said, 2019 was incredible. For me it produced several of the best films of the decade but we could only choose two, and the second one has to go to Celine Sciamma’s Portrait of a Lady on Fire. One of the best films of the year, bit also the decade as it is the most gorgeous movie ever put on film. The colors are sensational, every frame feels like a painting and there are fantastic performances by its two leading female characters. Portrait is not your typical love story, in fact, by the time the love is received on screen, it is earned and dutifully fought for. Heartbreaking, impeccably gorgeous, and meaningful. It’s a movie you could re-watch for another decade or so.

We go from emotionally impactful films to an incredibly epic verbally abusive one, and damn did we love it. J.K Simmons delivers the best acting of his career as the foul-mouthed, intense and overly demanding composer of the Schaffer Jazz Orchestra, and Miles Teller plays Andrew Neiman, a drummer desperate for his acceptance. What occurs is a dramatically intense film that pulls you apart psychologically and leaves you as drenched in sweat and exhausted as Neiman. This film will captivate you from beginning to end, it moves at a thrilling pace and even the quiet moments are haunted by Simmons’s presence. It feels like living inside the mind of a tormented person and it can’t be good in there.

Before I reveal my #1 pick for the best movie of the decade, there are a few other honorable mentions we have to get through.

For the year 2013 – 12 Years A Slave, The Wolf of Wall Street, Gravity, American Hustle, Frozen, Inside Llewyn Davis

And finally, our #1 pick for the best movie of the decade is…

Moonlight is without a doubt, the most important film of the 2010’s. A film about masculinity, homosexuality, blackness, and drug culture. It is a film that vaunted Barry Jenkins as a top-tier filmmaker, and the most brilliantly shot film of the decade. Taken from the play, “In Moonlight, Black Boys Look Blue”, Jenkins tackled the question of what it means to be a man, and what that man is supposed to look, walk, talk and act like. With stellar performances by Mahershala Ali, Jharrel Jerome, and Naomie Harris, its a film forever etched in the bones and bloodlines of the 2010’s and is the film that has most defined the past ten years.

And there you have it, our quintessential Best Films of the Decade list. How’d we do? Pretty great, huh?

All in a decade’s work.

We’d love to hear what your favorite films are of the past decade and stay tuned as many more end of the year lists are due to come, so until next time…

See you at the movies!