It’s no secret, I firmly believe 2019 was the best year of cinema in my lifetime, but even with that, there were still a few missteps along the way. For every Parasite, there is a Pet Sematary, I guess.

This list won’t cover every film of 2019, that would be a dramatically unrealistic task, but it will cover those films that were targeting a wide demographic audience, got it, and then did nothing with it.

So for that, let’s get started with our kickoff for this list.

This may come as a shock to a lot of people because I actually rather enjoyed the film, but given all that there was to do in it, what they ultimately came up with was underwhelming. As the first film out of 21 to star a female lead character who may be one of the most powerful beings in the universe, it was hard to ever really feel any tension for Danvers. On top of that, the story was too convoluted for a genuine origin story as it was immediately tied into the greater cinematic universe before it even debuted. Still, one good thing did come from it, and that is Lashana Lynch, who will be exquisite as the new 007.

After Olympus and London had fallen, it was becoming apparent that this franchise was running out of room to run. This time, they framed the man himself, and it was looking good at first, but midway through, the film falls apart and then it’s just a movie with some violent deaths, decently choreographed fight scenes and things going KA-BLOO-EEE!. All of which is pretty great, but doesn’t make for a cohesive movie.

There’s nothing more disappointing than being told how great a movie is by your peers, only to see it, and find it moderate at best. This is true of Waves. A movie about a domineering father (played sincerely well by Sterling K. Brown) and how his ambition drives his family apart. There’s just…too much crying in this movie. Every character has at least 3 crying scenes, and it has less impact as the film goes on. Even when the movie hits its devastating apex, it’s hard to get behind it because it’s worn you out too early. There is a scene between Taylor Russel and Sterling K. Brown that earns its emotion, but by then, it’s too late.

Space exploration movies are not for everyone. Especially one this quiet. We get it, most of the anguish in this film is internal, so because of that, you gotta give us more. There’s beautiful scenery and cinematography in this film, but everything else about it drags. It’s pensive and challenges us on real questions of mortality, but it doesn’t move at a pace that can keep anyone’s interest unless you just really dig space. 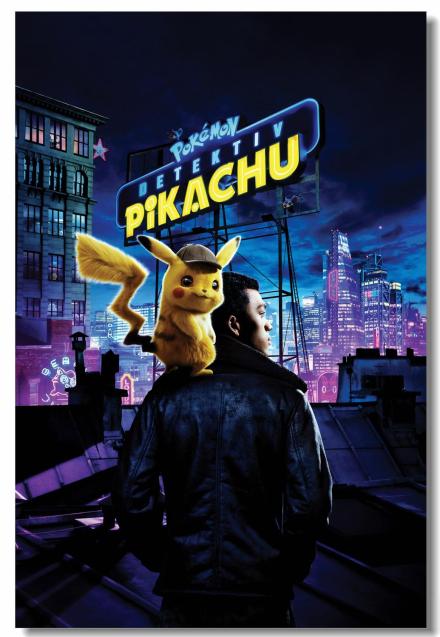 Upfront, I have to admit, I was never that big into Pokémon. But this looked somewhat fun, and with Ryan Reynolds voicing Pikachu, there was a lot to like about it. Sadly, there wasn’t much to go off of in this movie and most left uninterested in the character or the story itself.

Stephen King has always had a problem with his books being turned into movies, so when they decided to update a few of them for modern audiences, he wanted to have his hand in it. Sometimes, this isn’t the best idea. When an author gets to make creative decisions on the film their book is based on, they become incredibly attached to things that don’t necessarily work on the big screen and they refuse to let it go. This is true here as King kept a lot of things from the book but they didn’t translate into what made the original film a cult favorite.

Chadwick Boseman may have delivered as our King in Wakanda, but in this Russo Brother’s produced cop flick, he doesn’t get the goods. A lackluster script with predictable motives. We fear Boseman only signed up for this film just so he could cuss far away from the mouse. 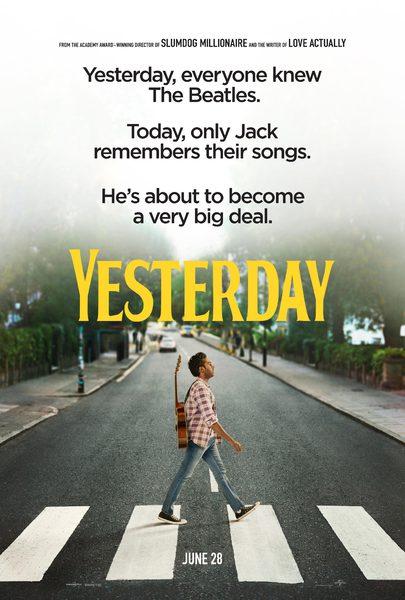 This should’ve been so good. I mean, like really good. It had the potential to be a franchise type of film, and it still might. Since when does Hollywood care that an idea didn’t go its way the first time? They’re the paragon of failing upwards, but I digress. Yesterday was a film about a guy who was one of the only people to remember The Beatles and decides to recreate their songs for a new generation. If it had focused more on that aspect rather than an unbelievable (and frankly, uninteresting) love story, it might’ve been rather spectacular. For those of us who missed Beatlemania, it would’ve been our introduction to the most highly regarded musical talents in the world. Instead, we get Ed Sheeran fancying himself the greatest songwriter since John Lennon and Paul McCartney. Wow.

Of all the politically related films this year (Richard Jewell, Dark Waters, The Report, Official Secrets), Bombshell was easily the weakest of them all. It isn’t the theme of the movie that is upsetting as much as it is how it was shot and told. Conversational style political exposes have gotten a tad bit overdone in recent years, especially with a movie like Vice getting nominated for Best Picture only last year. In Bombshell, the fourth wall is broken immediately and often. A tactic that has grown to be derivative and cheap and takes your actresses, who were doing great work, out of each scene. And how is it in a movie about multiple women being sexually harassed, the person you feel the sorriest for is a lesbian program director whose a closeted liberal? It’s not that men can’t write stories about women’s issues, but you can’t help but wonder how much better this film might have been if a woman had written it.

Before I reveal my number one most disappointing movie of 2019, here are a few (not so) Honorable mentions.

(Not so) Honorable Mentions

I Lost My Body

The Art of Racing in the Rain

Godzilla: King of the Monsters

And finally, my number 1 most disappointing movie of 2019 is…

There was no movie, past April, that I was looking forward to the most than Ford v. Ferrari. A movie about the 24-hour race in Les Mans and the two men who bested the 5-time winners with an American made car. It had all the makings of a blood-pumping, adrenaline ride of pure emotion, intensity and oil grease. Instead, it was a slow-moving, one-note, muted drama that lacked any real tension. I spent the bulk of the movie just waiting for something to happen. Anything. Where the film comes alive is once the racing actually starts. There, it is filled with beautiful exposition shots, impressive visual effects, excellent editing, and solid sound mixing. Technically, it’s a tremendous film. One of the best technical movies of the year, but story-wise and acting-wise, it was devastatingly boring, and a waste of top talent like Matt Damon, Christian Bale, and Noah Jupe.

So there you have it folks, our top ten most disappointing movies of 2019. In a year that had some stellar performances, it’s a shame these didn’t hold up with the best of them, but not every year can be perfect. There will always be some downers. Let us know what you think of our list and what films disappointed you the most in 2019?

Until next time…see you at the movies!