In a year that had exceptionally great films. Some of the best of the entire decade. There were some disappointments, but then there were some absolute bombs. Some movies that had no business even being made or at least, could’ve been made a lot better.

That brings us here. As we’re in full 2020 gear, we’re looking back on the worst of what 2019 had to offer. Here are the 15 movies that sent audiences back to the ticket counter for a refund.

Will Smith has finally made a billion-dollar movie in his Disney debut, but this Ang Lee-directed film missed its mark. It’s Will Smith fighting his younger self in a sci-fi action flick that didn’t have much going for it past the premise. It feels like a lot of time and attention was spent on the CGI and less on the script. Will Smith is one of our finest living actors though, we have no doubt he’ll bounce back in the near future.

A film about childhood trauma and how it affects us as adults. It could’ve been so much better. Instead, it settled for cringe-worthy dialogue, typical horror tropes, and an unnecessary Luke Evans crotch reveal. It’s a shame given Spencer is an incredible actress who if given stronger material could’ve become a mainstay horror icon with this character.

For a movie with so much source material from the comics, the animated series, and another Fox movie, it should’ve been so easy to do. But they managed to take one of the most well-known comic book stories and reduce it to drivel. There’s so much talking in this movie that when it does come to its final action piece, it’s the one moment of true joy the film has.

If you’re like me, and you’ve just had enough of the over glorification of war, and the non-stop Hollywood propagating of “‘ Mericuh, F*** yeah!” then you too were probably bored with this movie. Or maybe you’re really sick of remakes, then this too probably drove you crazy. The only updates to the 2019 version of this film is the visual effects, which look impressive to a degree, but beyond that, not much has changed from the 1976 version. It’s your standard war trope movie. We’re under attack, the “smartest people” in the room have the dumbest ideas, it takes someone of lower-ranking to come up with the plan…stop me if you’ve heard this a million times before. If you’re looking for a movie with nothing original to say that feeds that good ole nationalist spirit, this is for you.

Who asked for another Hellboy movie? No one, that’s who. But they made it anyway and it was going to be the biggest blunder of the year but at the last minute, another film on this list (We’ll get to that later) beat them to it. Hellboy was a disjointed mess of a movie. Poorly edited and lacking a clear plot, it was a waste of David Harbour’s talents and we can only hope he’s willing to dawn the red suit once more if the story is better. On second thought, never mind, we don’t need to do this again for a while. 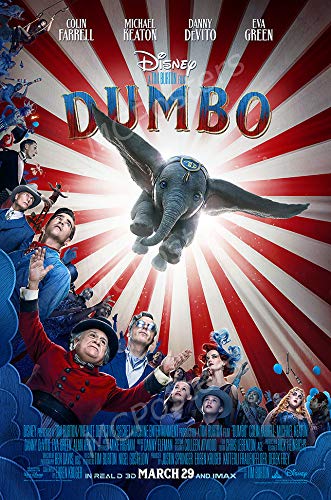 The Disney live-action remakes have been hit or miss. And mostly, it’s been miss. Dumbo was based off of the classic 1945 original animation this time being brought to life by director Tim Burton. What ensued is a haunting tale of circus cruelty and a story so clearly past its time.

I do wonder if Tessa Thompson had done Gemini (Wo)Man and Will Smith had returned for this installment of Men In Black if it would have gone any better. I doubt it, but it was just a thought. Here, we play off the fact that Chris Hemsworth and Tessa Thompson work together in the MCU then they’ll work great opposite each other in a MIB film. Not exactly. In this installment, they’ve sacrificed high stakes and the buddy cop nature of the original series for slap shtick comedy. It makes for a few good laughs but not enough.

Why make this movie? Who thought they were going to gain some merchandising money from this? No kid wants an ugly doll. It seemed once they’d already spent the money on making the film, they realized they had nothing there and didn’t put much behind the movie’s promotion. It flopped, obviously, but say a prayer for those of us who sat through it just to tell you how bad it was.

It’s time we throw the whole demon-possessing conjuring genre in the trash for a while and revisit it when its new again. Annabelle Comes Home is a mere rehash of the first film with less scares and a disposable second act. Hopefully, the last of its kind as we look towards stronger renditions of horror films.

The most disappointed fan base for this movie were the people who had read the book and were excited about the film, and they were…PISSED. Much of what made The Goldfinch a national bestseller was either cut or montaged out of the film. What was left was an uninteresting, depressing, and un-entertaining mess of a film.

A film riding on a wave of hype after the commercial and critical success of Chapter 1, but this one fell far flat. Starting off with a hate crime in the opening sequence and using obvious and poorly done CGI for the younger characters, with the same scares given to children being used for adults. This installment was amateurish at best and left us longing for the mini-series version. 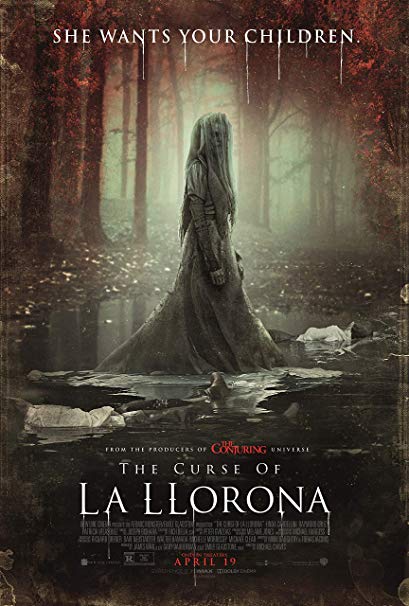 Horror really didn’t have a good year. Among them is another demon-possessing-conjuring-the-dead trope film. It’s what happens when films made in other countries who don’t have such strict standards are translated into US markets, and all the things that made them stand out are completely washed away. Instead, we get your cookie-cutter, jump scare galore, cheap haunted house snooze fest. Throw this genre in the trash for at least a decade. I’m sure there are more creative ways to do Horror than this.

I know it should be higher. It should be the worst movie in 2019. It should be the worst movie ever made, and quite frankly, it’s up there. But wow, what a dumpster fire of a film this was. It’s a film that just didn’t make sense on any level. Why do CGI cats when you could just do people in costumes? Especially if you’re not going to be able to fix all the visual effects before release? It’s bad enough that Cats is hard to take as a stage play, but translating that to film should’ve been somewhat easier, but what happens here is a movie that tries to be too weird, too eccentric, and not nearly at all cohesive. It calls into question how it even made it out of production.

Another film that never should have made it out of production. Playmobil is a warning to everyone involved in film making: You can’t make a movie about everything. I mean, sure you can, but you have to know it won’t be good. This was one they should’ve known, would not be good. Based on those other Lego toys across the aisle from the real Lego toys that no one buys unless you’re out of Lego toys, yeah…that’s what this movie was about and even worse, that would’ve been a better script. If you’re ever curious what people with billions of dollars spend their money on. It’s things like this, for no other reason than they just wanted to spend a cosmic amount of money that most of us will never see in our lifetimes, much like this movie itself.

And finally, we’ve come to our winner. The creme de’ la creme of the worst movie of 2019. It was a lot of competition. But there can only be one, and it is truly earned.

If you only look at box office, Lion King was a success, it’s among Disney’s 7 billion dollar films in 2019, but a lot of that could be blamed on the fact that the original Lion King movie is by far their most acclaimed and celebrated film of all time, and the visual effects on this new one did look pretty spectacular. Also, Disney was riding high off of Aladdin doing so well. But ultimately, this was so bad it made us wish we could erase its existence from our memory.

A 90% shot for shot remake of the original. (EVEN THE CUTS ARE THE SAME!) And what they did change made it worse: editing Be Prepared, singing Can You Feel The Love Tonight during the day, giving Beyonce a job. It was all bad. The photo-realistic element they used for this live-action (or animated, I guess) version was a nice touch but because the animals couldn’t emote, you felt nothing for the characters. And while it was nice to have John Kani playing the role of Rafiki, all of the aspects of Rafiki that were enjoyable in the original film were cut out. Even Mufasa’s speech in the sky is nothing more than rolling clouds with his voice.

Oh, of course, to get a billion dollars.

In their minds, I guess it was a success. For us, it was the most shameless and offensive movie to come out all year.

And that is our list for the bottom rung of 2019. An otherwise spectacular year of films with at least 15 glaring problems in it. I’m sure there were more untenable films you came across this year. What were your worst films of 2019?

Let us know and until next time…see you at the movies!